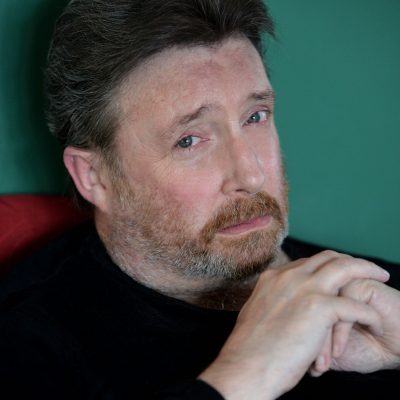 The team at Polygon (an imprint of Birlinn Ltd) is delighted to announce that it has acquired six new titles by bestselling crime writer Denzil Meyrick (English language rights in UK, Commonwealth excl. Canada, and Europe), from Jo Bell at Bell Lomax Moreton agency.

Three novels and three novellas will appear from the imprint between Christmas 2020 and 2022. Meyrick’s DCI Daley series has sold one million copies worldwide across all formats: print, eBook and audio making this author Polygon’s top selling crime writer and the bestselling Scottish crime writer published by a Scottish press. [Source below]

Trade excitement is building towards the appearance of the eighth thriller, Jeremiah’s Bell, which will be published in June 2020.

The series is set in fictional Kinloch, on Kintyre in Argyll, and has won acclaim for its authenticity in accurate police procedural, gritty humour and ingenious plotting. DCI Jim Daley first arrived in rural Kinloch from the mean streets of Glasgow in Whisky from Small Glasses (2012), and he found a community packed with strong characters and buried secrets. Since then, characters such as DS Brian Scott and the inscrutable old fisherman Hamish have become firm favourites with readers and listeners across the globe.

‘We are thrilled with this signing. It signals a real commitment to Denzil and his exceptional crime writing – and we’re all looking forward to many more years of DCI Daley and his cohorts.’

‘I’m delighted to be able to bring more DCI Daley stories to the world via the team at Polygon. It has proven to be a great partnership. I’m also really pleased to have the chance to write more about Sandy Hoynes and the young Hamish in the novellas. Kinloch forever!’

Meyrick is originally from Campbeltown in Argyll and now lives on Loch Lomondside.